Are You Really a “Foolish Galatian”
for Trying to Obey YHWH?

As soon as you start trying to walk out the Torah as a Believer in Yeshua, your friends and family will immediately start quoting Paul’s writings to try and tell you not to do so. And more often than not, their primary go-to book will be Paul’s letter to the Galatians. So, let’s deal with that issue head on!

First, we must ask, is Galatians the ONLY book in the Christian Bible? I think not. However, to read the usual antinomian responses to just about anything pertaining to the Law of YHWH, you would think it is. I personally have no problem with the book. I love it along with all the others it AGREES with.
Saw something interesting today. Did you know that Paul is not the only one who wrote to the Galatians? Peter did too.

1 Peter, an apostle of Jesus Christ, to the strangers scattered throughout Pontus, Galatia, Cappadocia, Asia, and Bithynia,

2 Elect according to the foreknowledge of God the Father, through sanctification of the Spirit, unto obedience and sprinkling of the blood of Jesus Christ: Grace unto you, and peace, be multiplied.

3 Blessed be the God and Father of our Lord Jesus Christ, which according to his abundant mercy hath begotten us again unto a lively hope by the resurrection of Jesus Christ from the dead,

4 To an inheritance incorruptible, and undefiled, and that fadeth not away, reserved in heaven for you,

5 Who are kept by the power of God through faith unto salvation ready to be revealed in the last time.

He was writing to those in Galatia who are “kept by the power of God through faith unto salvation” – or in other words, Believers.

Authenticity and genuineness.—If not a gross imposture, its own internal witness is unequivocal in its favor. It has Peter’s name and apostleship in its heading: not only his surname, but his original name Simon, or Simeon, he thus, at the close of his life, reminding his readers who he originally was before his call. Again, in 2Pe 1:16-18, he mentions his presence at the Transfiguration, and Christ’s prophecy of his death! and in 2Pe 3:15, his brotherhood with Paul. Again, in 2Pe 3:1, the author speaks of himself as author of the former Epistle: it is, moreover, addressed so as to include (but not to be restricted to) the same persons as the first, whom he presupposes to be acquainted with the writings of Paul, by that time recognized as “Scripture” (2Pe 3:15, “the long-suffering of God,” compare Ro 2:4). This necessarily implies a late date, when Paul’s Epistles (including Romans) already had become generally diffused and accepted as Scripture in the Church.

Written after Paul’s writings, the 2nd epistle of Peter is believed to have been addressed to the same people to whom his first epistle was written, which included those in GALATIA (in other words, the Galatians). With that in mind, note how he concludes this second epistle to the GALATIANS…

1 This second epistle, beloved, I now write unto you; in both which I stir up your pure minds by way of remembrance:

2 That ye may be mindful of the words which were spoken before by the holy prophets, and of the commandment of us the apostles of the Lord and Saviour:

3 Knowing this first, that there shall come in the last days scoffers, walking after their own lusts,

4 And saying, Where is the promise of his coming? for since the fathers fell asleep, all things continue as they were from the beginning of the creation.

5 For this they willingly are ignorant of, that by the word of God the heavens were of old, and the earth standing out of the water and in the water:

6 Whereby the world that then was, being overflowed with water, perished:

7 But the heavens and the earth, which are now, by the same word are kept in store, reserved unto fire against the day of judgment and perdition of ungodly men.

9 The Lord is not slack concerning his promise, as some men count slackness; but is longsuffering to us-ward, not willing that any should perish, but that all should come to repentance.

10 But the day of the Lord will come as a thief in the night; in the which the heavens shall pass away with a great noise, and the elements shall melt with fervent heat, the earth also and the works that are therein shall be burned up.

11 Seeing then that all these things shall be dissolved, what manner of persons ought ye to be in all holy conversation and godliness,

12 Looking for and hasting unto the coming of the day of God, wherein the heavens being on fire shall be dissolved, and the elements shall melt with fervent heat?

13 Nevertheless we, according to his promise, look for new heavens and a new earth, wherein dwelleth righteousness.

14 Wherefore, beloved, seeing that ye look for such things, be diligent that ye may be found of him in peace, without spot, and blameless.

15 And account that the longsuffering of our Lord is salvation; even as our beloved brother Paul also according to the wisdom given unto him hath written unto you;

16 As also in all his epistles, speaking in them of these things; in which are some things hard to be understood, which they that are unlearned and unstable wrest, as they do also the other scriptures, unto their own destruction.

17 Ye therefore, beloved, seeing ye know these things before, beware lest ye also, being led away with the error of the wicked, fall from your own stedfastness.

18 But grow in grace, and in the knowledge of our Lord and Saviour Jesus Christ. To him be glory both now and for ever. Amen.

The ESV drives the point home a lot clearer, staying more true to the Greek in verses 15 – 17:

15 And count the patience of our Lord as salvation, just as our beloved brother Paul also wrote to you according to the wisdom given him, 16 as he does in all his letters when he speaks in them of these matters. There are some things in them that are hard to understand, which the ignorant and unstable twist to their own destruction, as they do the other Scriptures. 17 You therefore, beloved, knowing this beforehand, take care that you are not carried away with the error of lawless people and lose your own stability.

How amazingly ironic is it that the very book people use ALL THE TIME to justify falling into “the error of Lawlessness” should be a book written to the same people group that both Paul and Peter addressed!? A group to whom Peter gave firm warning (AFTER Paul’s epistles were written) NOT to twist and distort Paul’s sometimes “hard to understand” writings in such a way that you forget what the prophets (who ALL advocated for obeying the Torah of YHWH) had written from long before.

Those were the last recorded words we have from Peter, the man to whom Yeshua passed His shepherd staff, telling him to care for His sheep (John 21:15-17). Then, we turn the page to 1 John 1 and read the final words written in the whole Bible, by the last author of Scripture, the “beloved disciple” who wrote just 5 chapters into his first epistle (which many believe was written to the EPHESIANS):

Many like to pull the “foolish Galatians” line on me whenever I suggest we do the same thing John just mentioned above. Tell you what: Do a little study on what it means to be “wise” and gain “wisdom” according to the Scriptures first, then after that do a study on what it actually means to be “foolish.” Here’s just a little taste of what wisdom and foolishness is according to the Scriptures (and the RED letter ones at that!):

“21 Not every one that saith unto me, Lord, Lord, shall enter into the kingdom of heaven; but he that DOETH THE WILL OF MY FATHER which is in heaven. 22 Many will say to me in that day, Lord, Lord, have we not prophesied in thy name? and in thy name have cast out devils? and in thy name done many wonderful works? 23 And then will I profess unto them, I never knew you: depart from me, ye that work iniquity. {Greek: Lawlessness}

With all of this in mind, I’d like to just offer a little suggestion: Don’t be a “foolish (antinomian=lawless) Galatian.” Heed the words of Peter and learn what Paul knew before proving yourself to be ignorant and unstable twisitng his words to your own destruction. 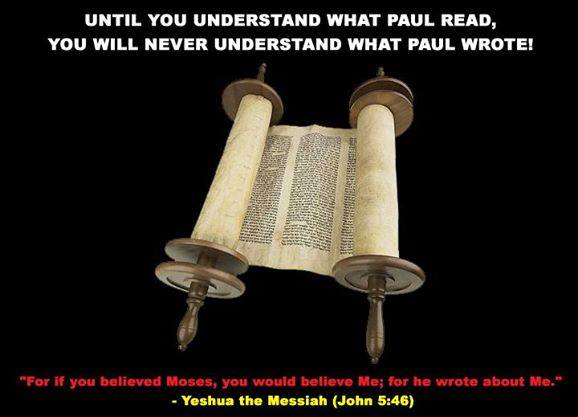 For more on Galatians, please consider: