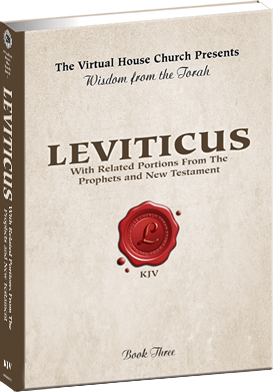 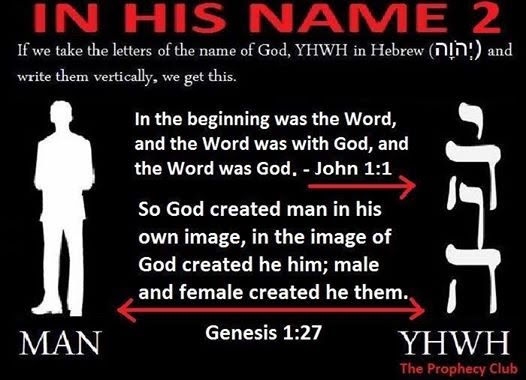 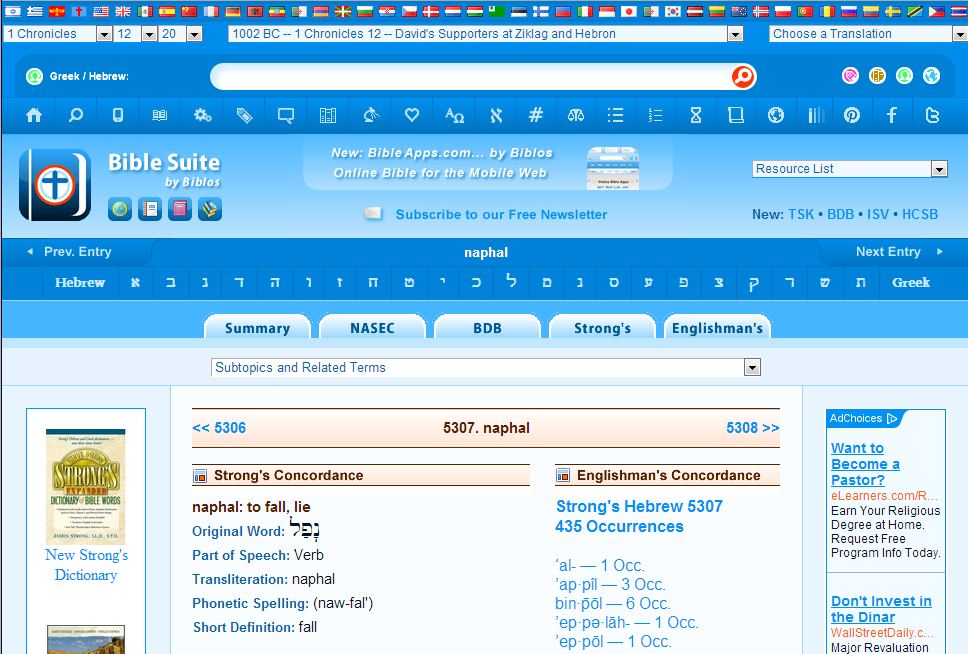 The word blood is also mentioned 435: 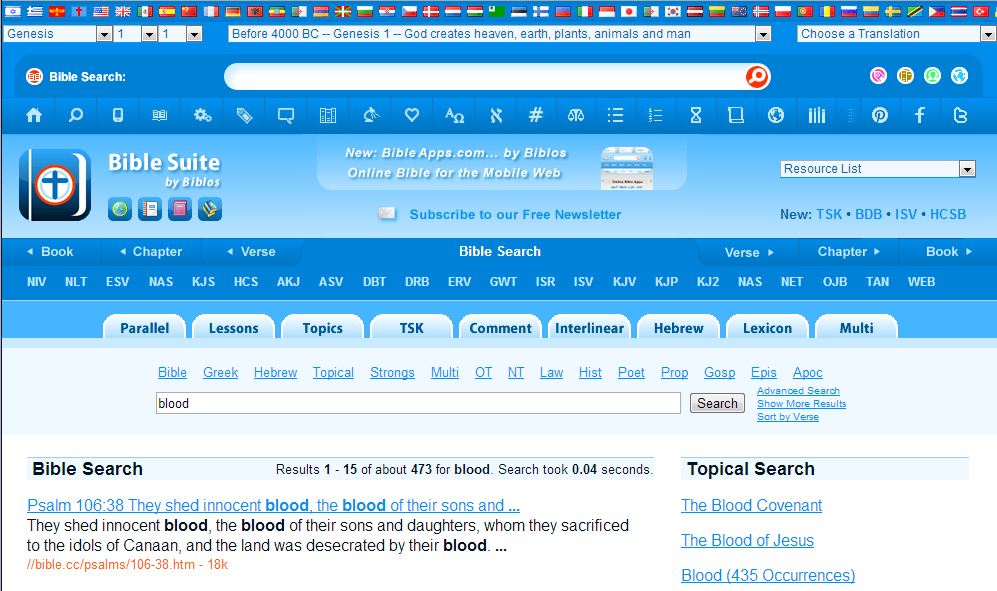 Did YHWH warn us against eating dinosaurs?

Leviticus 11:
29 These are unclean for you among the creatures that swarm upon the earth: the weasel, the mouse, the great lizard according to its kind,
30 the gecko, the land crocodile, the lizard, the sand lizard, and the chameleon. 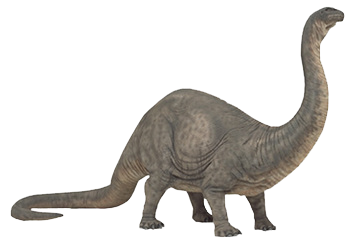 For behold, the Lord will come in fire and His chariots like the whirlwind, to render His anger with fury, and His rebuke with flames of fire.

“Those who sanctify and purify themselves to go to the gardens, Following one in the center, Who eat swine’s flesh, detestable things and mice, Will come to an end altogether,” declares the Lord.

So did Yeshua declare “all foods” (meats such as swine) clean, thus making something “good” that YHWH clearly says is “detestable” in the Old Testament? Some English translations of the Bible would have us believe He did based on Mark 7:19. Consider:

Why You Should Avoid Pork

If you’re at all familiar with the Bible you’ll probably remember that in it God specifically instructed His people not to eat pork and shellfish. Many people are surprised to find this out, but in the Old Testament God warned us that the pig was an unclean animal–a scavenger and not to be eaten (Check out Leviticus 11).

No matter how you think about it, pigs are a rather dirty animal. They are considered the scavengers of the farm (created to eliminate any waste on the farm), often eating anything they can find. This includes not only bugs, insects, and whatever leftover scraps they find laying around, but also their own feces, as well as the dead carcasses of sick animals, including their own young.

This in itself can explain why the meat of the pig can be so dirty or at the very least not so appetizing to consume. And while being ‘grossed out’ may or may not be a valid reason not to eat something it’s vital to understand a bit more about pork before reaching your own conclusion.

Pork is one of the most consumed meats in the world. China is the largest producer of pigs that were first domesticated way back around 7500 B.C.

The Center for Disease Control and Prevention (CDC) states that more than 100 viruses come to the United States each year from China through pigs. There are some obvious concerns about this. Aside from not needing more viruses to fight off, some of these viruses can prove to be downright dangerous to humans.

Of course, you’re probably familiar with H1N1, better known as ‘the swine flu.” This too is a virus that has made the leap from pig to human.

But H1N1 is not the only disease to fear from the pig. There are other sicknesses you can get from eating the meat of the pig.

Pork meat is loaded with toxins, more so than most other meats like beef and chicken.

There are reasons that the meat of the pig becomes more saturated with toxins than many of its counterpart farm animals. The first reason has to do with the digestive system of a pig.

A pig digests whatever it eats rather quickly, in up to about four hours. On the other hand a cow takes a good twenty-four hours to digest what it’s eaten. During the digestive process, animals (including humans) get rid of excess toxins as well as other components of the food eaten that could be dangerous to health.

Since the pig’s digestive system operates rather basically, many of these toxins remain in their system to be stored in their more than adequate fatty tissues ready for our consumption.

Another issue with the pig is that it doesn’t have any sweat glands. Sweat glands are a tool the body uses to be rid of toxins. This leaves more toxins in the pig’s body.

I don’t have to tell you that when you consume pork meat, you too are getting all these toxins that weren’t eliminated from the pig. None of us need more toxins in our systems. In fact we should all be doing what we can to eliminate and cut down on toxin exposure. One vital way to do this is by choosing what you eat carefully.

Trichinellosis, Pork Meat, and Your Health

Did you know that pigs carry a variety of parasites in their bodies and meat? Some of these parasites are difficult to kill even when cooking. This is the reason there are so many warnings out there about eating undercooked pork.

One of the biggest concerns with eating pork meat is trichinellosis or trichinosis. This is an infection that humans get from eating undercooked or uncooked pork that contains the larvae of the trichinella worm.

This worm parasite is very commonly found in pork. When the worm, most often living in cysts in the stomach, opens through stomach acids, its larvae are released into the body of the pig. These new worms make their homes in the muscles of the pig. Next stop? The unknowing human body who consumes this infected meat flesh.

And while no one particularly wants to consume worms, trichinellosis is a serious illness that you should do virtually anything to avoid.

These symptoms of trichinellosis can really put you out of the game for quite a while. According to the Center for Disease Control and Prevention (CDC) these symptoms can last for weeks and in more serious cases months on end.

The CDC recommends thorough cooking of pork as well as freezing the pork meat prior to cooking to kill off any worms. I don’t know about you, but I don’t feel good about eating anything that I first have to kill off its worms to eat.

In fact, it’s been theorized that trichinellosis is the exact cause of Mozart’s rather sudden death at age 35. An American researcher theorized this after studying all the documents recording the days before, during, and after Mozart’s death. He found that Mozart suffered many of the above listed symptoms and he, himself, had recorded in his journal the consumption of pork just forty-four days before his own death.

(If you want to read more on this intriguing story you can find it in the Archives of Internal Medicine’s June 2001 issue.)

But that’s not all….

Pigs carry many viruses and parasites with them. Whether by coming in direct contact with them through farms or by eating their meat we put ourselves at higher risk of getting one of these painful, often debilitating diseases (not to mention put our bodies on toxic overload.)

Pigs are primary carriers of:

Each of these parasites and viruses can lead to serious health problems that can last for years to come.

What you choose to eat is up to you. Myself, I choose to stay away from unclean pork (and shellfish.) The reasons discussed here are just the tip of the iceberg when it comes to eating pigs and your health.

Do your own research, carefully consider what the Bible so many years ago warned us about, then make your own educated decision about what you choose to feed yourself and your loved ones.

Are all foods good for us to eat?