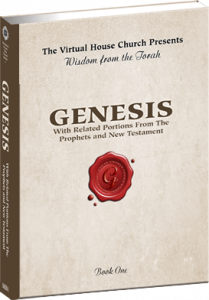 Miketz (At the end of)

Joseph and the 70 languages:

The number of languages as being associated with angels:

And God said to the seventy angels who stood foremost before him, to those who were near to him, saying, Come let us descend and confuse their tongues, that one man shall not understand the language of his neighbor, and they did so unto them. – Jasher 9:32

And when Joseph came before the king he bowed down to the ground before the king, and he ascended to the third step, and the king sat upon the fourth step and spoke with Joseph.

And the king said unto Joseph, I dreamed a dream, and there is no interpreter to interpret it properly, and I commanded this day that all the magicians of Egypt and the wise men thereof, should come before me, and I related my dreams to them, and no one has properly interpreted them to me. – Jasher 48:45b-49

Now therefore our lord and king, behold this Hebrew man can only speak the Hebrew language, and how then can he be over us the second under government, a man who not even knoweth our language? Now we pray thee send for him, and let him come before thee, and prove him in all things, and do as thou see fit.

And the king said, It shall be done tomorrow, and the thing that you have spoken is good; and all the officers came on that day before the king.

And on that night the Lord sent one of his ministering angels, and he came into the land of Egypt unto Joseph, and the angel of the Lord stood over Joseph, and behold Joseph was lying in the bed at night in his master’s house in the dungeon, for his master had put him back into the dungeon on account of his wife.

And it came to pass in the morning that the king sent for all his officers and servants, and they all came and sat before the king, and the king ordered Joseph to be brought, and the king’s servants went and brought Joseph before Pharaoh.

And the thing seemed good in the sight of the king and the officers, to appoint Joseph to be second to the king over the whole land of Egypt, and the king spoke to Joseph, saying, Now thou didst give me counsel to appoint a wise man over the land of Egypt, in order with his wisdom to save the land from the famine; now therefore, since God has made all this known to thee, and all the words which thou hast spoken, there is not throughout the land a discreet and wise man like unto thee. And thy name no more shall be called Joseph, but Zaphnath Paaneah shall be thy name; thou shalt be second to me, and according to thy word shall be all the affairs of my government, and at thy word shall my people go out and come in.

Also from under thy hand shall my servants and officers receive their salary which is given to them monthly, and to thee shall all the people of the land bow down; only in my throne will I be greater than thou. And the king took off his ring from his hand and put it upon the hand of Joseph, and the king dressed Joseph in a princely garment, and he put a golden crown upon his head, and he put a golden chain upon his neck.

And the king commanded his servants, and they made him ride in the second chariot belonging to the king, that went opposite to the king’s chariot, and he caused him to ride upon a great and strong horse from the king’s horses, and to be conducted through the streets of the land of Egypt. – Jasher 49:10-24

Joseph, Benjamin and the mysterious “device” that reveals truth:

And Joseph said unto him, Hast thou begotten any children? and he said, Thy servant has ten sons, and these are their names, Bela, Becher, Ashbal, Gera, Naaman, Achi, Rosh, Mupim, Chupim, and Ord, and I called their names after my brother whom I have not seen.

And he ordered them to bring before him his map of the stars, whereby Joseph knew all the times, and Joseph said unto Benjamin, I have heard that the Hebrews are acquainted with all wisdom, dost thou know anything of this?

And Benjamin said, Thy servant is knowing also in all the wisdom which my father taught me, and Joseph said unto Benjamin, Look now at this instrument and understand where thy brother Joseph is in Egypt, who you said went down to Egypt.

And Benjamin beheld that instrument with the map of the stars. And Benjamin said unto Joseph, I can see by this that Joseph my brother sitteth here with me upon the throne, and Joseph said unto him, I am Joseph thy brother, reveal not this thing unto thy brethren; behold I will send thee with them when they go away, and I will command them to be brought back again into the city, and I will take thee away from them.of heaven, and he was wise and looked therein to know where his brother was, and Benjamin divided the whole land of Egypt into four divisions, and he found that he who was sitting upon the throne before him was his brother Joseph, and Benjamin wondered greatly, and when Joseph saw that his brother Benjamin was so much astonished, he said unto Benjamin, What hast thou seen, and why art thou astonished?

Parallels of Joseph and Yeshua (Jesus) from this study: